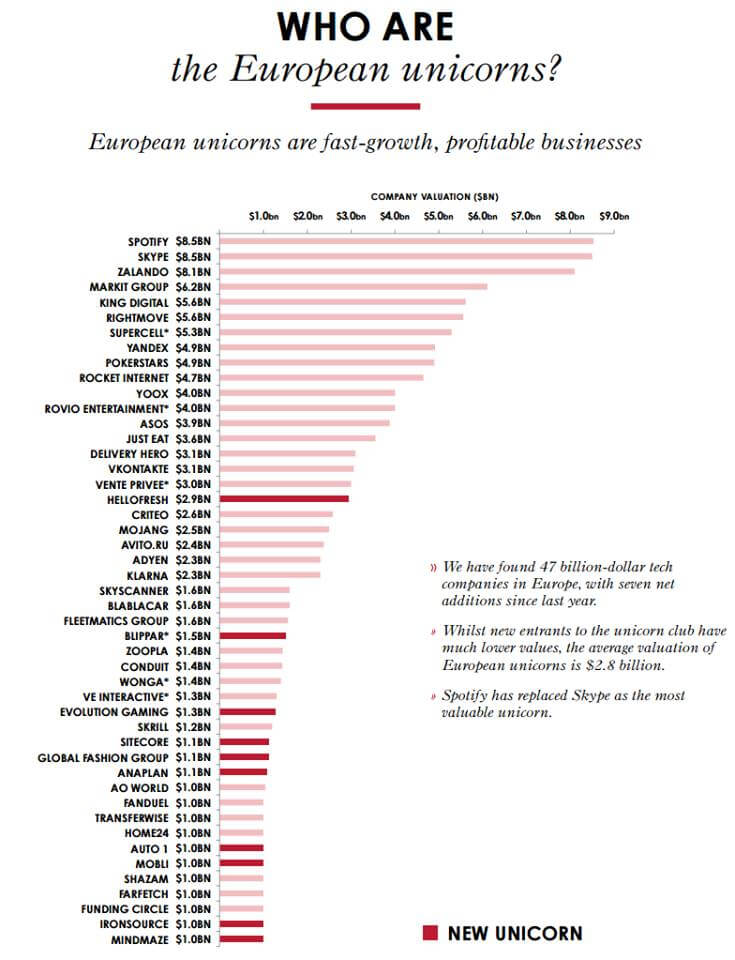 was shocked to skim through this ridiculous list of 47 so-called European Unicorns 2016 by GP Bullhound (an U.K-based investment bank). Some of the brands are simply too familiar and/ or too old to be considered startups!
While top spot Sweden’s Spotify is indeed an unicorn (a privately-held tech startup valued at $1 billion or more), many of the names don’t even meet the definition of a startup/ an European company, let alone growth and profitability.
For example, runner-up Skype was absolutely a joke as they were acquired by Microsoft in 2011 (and by eBay five years before that).
The next one on the list, German household-name Zalando is a publicly-traded company backed by giant Rocket Internet (10th place).
Candy-Crush-maker King Digital (Sitting on 5th place) was bought out by Activision Blizzard early this year.
Minecraft-maker Mojang (20th place) is also owned by Microsoft.
And according to Fortune, 3 companies on the list are actually founded in Israel in the Middle East!
What made me smile was to spot 2 qualified representatives from Finland: rising-star Supercell (7th place) and struggling Rovio (12th place), both are mobile game studios. Supercell is valued at $5.3 billion while Rovio is valued at $4 billion, thus earning Finland 6th spot in the nation list ranked by cumulative value.

How do you deal with rejection?

My thought about this Best Global Brands 2016 report by Interbrand